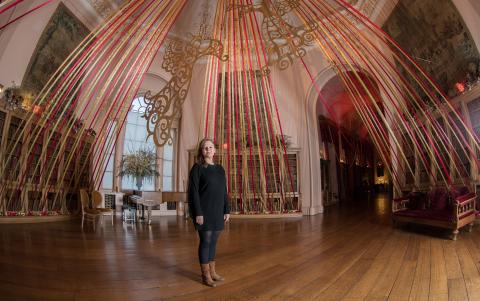 Working alongside the in-house marketing team, our remit was to help drive visitor numbers, predominantly from across Yorkshire and within a 1.5 hour drive time, and ticket sales.  Our strategy was to promote Christmas at Castle Howard as more than a simple walk-through – but as an amazing day out that truly captures all the essential elements of Christmas from glorious decorations to exquisite food and essential shopping.  Tactics included setting up media visits, radio and press interviews, news releases and commissioning photographs.

Key objectives for Christmas 2017 were to launch Castle Howard’s ‘boathouse Santa’, a new add-on to the Father Christmas and Santa experiences, and to build on sales of the special Festive Afternoon Tea, which launched in 2016 and for 2017 included a new menu featuring savoury dishes by Castle Howard’s head chef, and a host of new festive sweets prepared by the head pastry chef.

This year’s success shows that visitors embraced the idea that Castle Howard delivers a unique, high quality, all-encompassing Christmas experience that is hard to find elsewhere.  This helps cement Castle Howard’s aim to position its Christmas offering as among the best in the country.