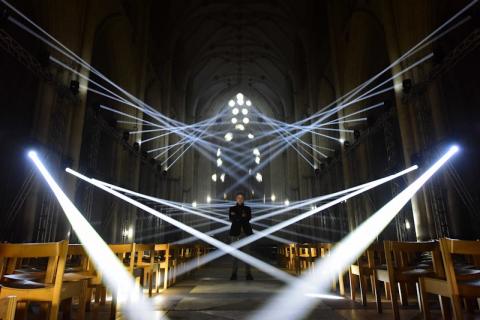 illuminating York is the UK’s longest-standing and most popular annual digital light festival.  Plans for 2016, the festival’s 11th year, included original co-commissions with York Minster and the National Railway Museum, but no headline promotional story or single theme.  IY16 took place from 26–29 October 2016.

We were contracted less than two months before iY16 by Make It York (MiY), on behalf of the steering group, to help increase participation by local residents and students, promote the festival as a landmark event in the UK visiting calendar, position and showcase York as a world-class creative city, and help build opportunities for social media (managed in-house and by festival partners).

With more than a dozen core partners taking part in iY16, it was critical from the outset to establish a good working relationship with them to capitalise on their networks to extend media and audience reach, to support festival media events and requests, and to ensure that partners supported the promotion of the whole festival, in addition to their individual events.  Therefore, as well as working very closely with MiY to ensure that every opportunity for media coverage was maximised, we discussed ideas and worked collaboratively with partners, artists and city venues to deliver the best possible return for those involved and the wider city as a whole.

This is a headline summary of what we achieved: